iCare Edutainment is an IT social enterprise founded on December 12th of 2012. They dedicated to the IT & Multimedia training of young talents with SEN (Special Education Needs) and their family members. They help socially vulnerable groups – students with SEN and their parents or caretakers acquire life skills by providing Pre-Employment Training and On-The-Job Training for young people with physical & intellectual disabilities through IT, multimedia & digital marketing skills and professional production house daily operations training.

iCare Creator is a digital inclusion training program that helps socially vulnerable groups fairly involve in the global ICT industry. By offering Technology Practical Application Skills & Family Moral Education Training in their Long-Term Career Planning, they guide SEN families to create educational moral games and commercial animations, in order to promote positive values among the SEN community and the society via their Global Online Digital Marketing & SEN Train-The-Trainers Platforms with annual organic reach rate of over 73,000,000 views of international SEN families worldwide, in which over 81% of its major targeted audience are parents, teachers & social workers of SEN students worldwide. They also provide job opportunities under their 3 different IT Social Enterprises established under their iCare Global Strategic Development Plan.

iCare is also the first IT Social Enterprise in the world based in Hong Kong with major focuses on Game Development, Multimedia & Digital Marketing. Their goal is to embrace so as to mobilize the SEN youth aged from 15-25 to create educational moral games and Apps under their dedicated Development Teams or Multimedia Studios and strategically distributed to the global market by targeted product lines and diversified market segmentation in different countries worldwide.

The founder couple has 24 years’ experience in IT, game development and digital marketing field, attained 7 HKICT Awards in last 10 years together with various top-notch ICT awards throughout the Asia Pacific region, including Mainland China.

In iCare Creator training program, they have introduced and employed their corporate business model of professional game development & PR multimedia companies. According to each SEN individual’s diversified talents and specific physical or intellectual limitations, they offer them respective Pre-Employment & On-The-Job Career Training in e-Learning, SEN Edutainment and Moral Game development jobs such as Project Design, Information Research, Online Marketing and Offline Promotion, Art Design and Commercial Animation. These independent roles in ICT development companies are closely connected with each other as well, at the same time, they skillfully instill in the SEN youth the importance of Group Task Distribution and the beautiful Synergy of Teamwork among different SEN groups.

They even invited the market leaders and industrial experts from over 20 ICT & Multimedia companies & PR firms in Hong Kong to voluntary participate in their training program. They act as volunteers, mentors and guest speakers who share practical experience and most up-to-date market knowledge with their Pre-Employment SEN Youth Trainees and their Mature Contracted SEN Staff on a regular bi-weekly basis.

In the past, young people with SEN were mostly overlooked or marginalized by our society in their personal growth, school education and job opportunities. In terms of career training, they were usually trained for some labor-intensive roles as well as relatively limited choice of entry level jobs. This group of people has been categorized, and even their parents have lost HOPE for their future, thinking their children would ONLY be able to work as entry level labors.

iCare firmly believe in the application of ICT will turn all things around ! especially for the sake of helping the physically or intellectually disabled and socially vulnerable groups. They do not only create IT & Multimedia programs for SEN people who need help, but also inspire them to create from within; iCare sincerely believe that the sky will have no limit when it comes to the creative potential of young people with SEN.

iCare strongly believe the youth with SEN are the most unique talents in the global ICT market !

As long as iCare offer them suitable working environment, mentorship support and special training that meets their inner dreams and needs, intelligent tools customized for their on-the-job training and proper guidance in team interaction, these groups of SEN people would be extremely valuable and loyal human resources in our future global market.

iCare Edutainment Games Series is co-designed and co-created by the joint efforts of a group of 1,000 SEN youth. This series of smart phone Apps has been made with the purpose of enjoying the inspirational e-learning and quality time accompanied by their parents.

In the latest 18 months, iCare successfully trained and mobilized their SEN youth and have created more than 430 Moral Games with over 4,300,000 downloads from 221 countries and cities around the globe, which ranks as No.1 in at least 21 non-Chinese-speaking countries in terms of their downloads and retention rates.

Currently, iCare Creator has successfully come to their second stage. iCare escalates their expertise and its big scaled data analysis generated and segmented by their 430 Apps and Moral Games published worldwide, migrated smoothly towards research and develop their own SEN Edutainment Tools Development Engine besides creating categorized Moral Game and Commercial Animation series.

Their goal is to embrace so as to empower anyone around the world who are interested in e-Education and SEN Youth Training or Home Schooling to be able to create more wonderful and relevant moral education Apps or games for the sake of their own SEN communities as well as for those who are in need of their inspirations globally online, at less than 10% of existing time and labor cost required by the current technology.

“iCare Creator” Digital Inclusion Project would like to invite you and your families to care for this neglected group and to give them opportunities, affirmation and respect which they well deserved.

It’s not only providing ICT training and job opportunities to the SEN youth worldwide, but also help their families to re-kindle the HOPE of life as well as their own long-term career development and advancement.

iCare would like to keep raising up more capable and caring SEN professionals in our ICT industry in the future; they hope that these kind souls will make this world a better place with a sense of their Global Mission: Eliminating Illiterate Generations in the SEN Community Worldwide! iCare hope that more people can live a different life with self-confidence and positive values because of their SEN youth’s works and creations.

They hope that their beloved SEN youth can also practice to love in their “Actions” and being loved as well as being recognized in the Global e-Education & ICT Market eventually and beautifully in their growing up future.

In 2019, iCare strategically set up their AI Development Center and a Large-Scale Youth Training Base in Asia Pacific region. Their SEN trainees are 15 to 25 years old and have physical disabilities or phycological impairments. iCare will focus on developing intellectual smart toys for SEN babies and toddlers, as well as developing software and hardware Apps of Moral Games and patented e-Education Home-School Training Tools. A big data base is being built to work on how to more purposefully, skillfully and effectively train the youth with SEN worldwide.

The special education needs cover autism, ADHD and impairments in speech, reading, writing, social, visual and intelligence growth. iCare are trying to bring these young people to iCare’s R&D Teams across the Guangdong-Hong Kong-Macao & the Asia Pacific region, so they can be built up to be the future in-charge personnel of project design, visual art, content creation, online & offline marketing and promotion for the next generations. 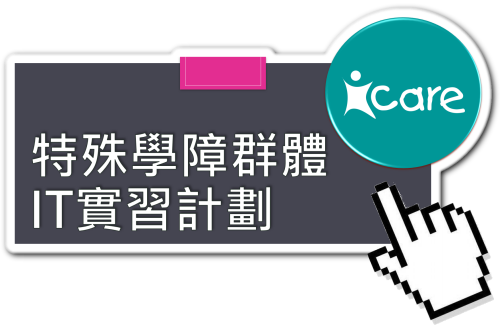 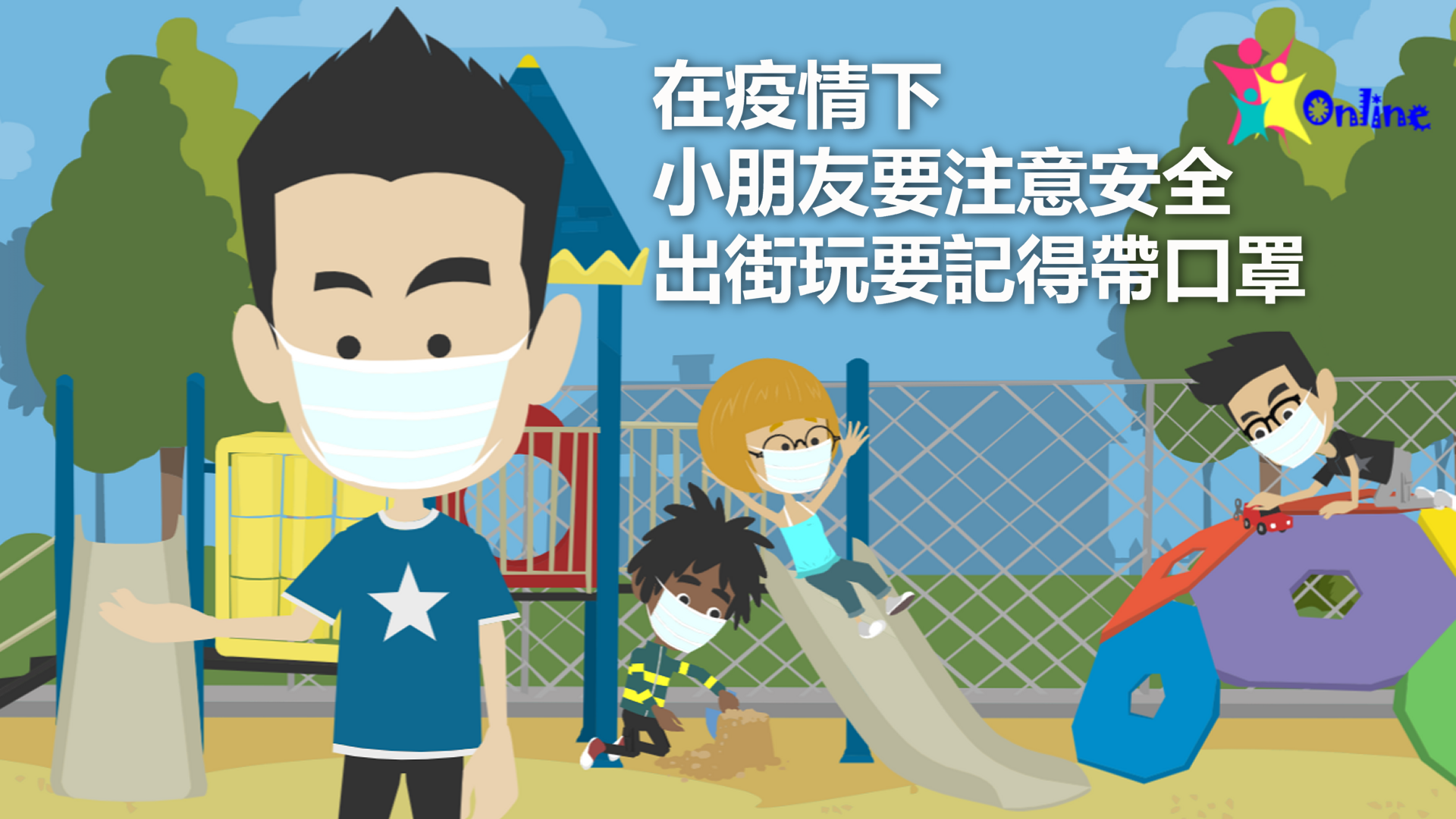 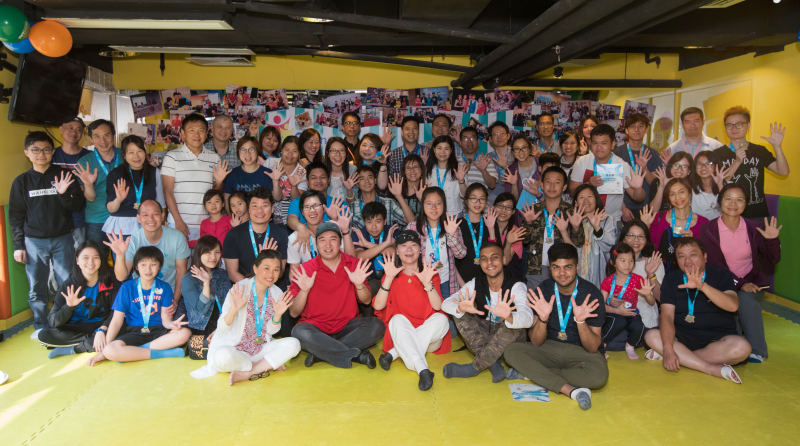